Please feel free to use the gallery to display multiple images of your progress.
Post Reply
711 posts

Well I don't think I'll be happy, but it will be something I can live with, lol. I want the exterior to be ok, the interior can be rough, I don't really care. No matter what I'm gonna beat the hell out of the boat and redo it in 5-10 years anyway if I still have it. I build boats to use.

So I decided how to move forward. I think I'll have just enough paint to do the hull sides cap, and boarder of the interior. Maybe. For the nonskid I am going back to interlux perfection. Reason is for the salt shaker method I'm using I don't think the quantum, being so thin, will have enough body to adhere the pumice. Or recoat it.

So now since I'm not doing ice blue non skid, what should I use? I think cream is to dark, and I don't want snow white as it's to bright. Mediterranean white? Oyster white? Matterhorn white? off white? 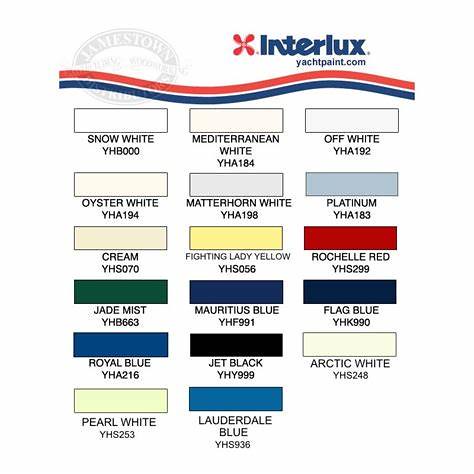 What a beautiful boat!!!

How soon do you think you will be able to get her wet?
Top

If everything I hope works going forward, I might be able to get it inspected the first few weeks of July. That said I have 2 small vacations lined up so who knows.
Built: 15ft Skiff, 16ft Skiff, Modified Cheap Canoe.....FS17 coming soon!
Top

Well I don't know what else to say at this point besides screw this boat! So I had a plan, I was even upbeat about it talking to my friends today. No big deal I told them, live and lean, I'll have it redone by next week. I keep having challenges, but have kept moving forward. I've spent more then 35 hours this week and wasted a vacation day working on the paint. We will cirle around to this....

I started sanding it back down. Just enough to get rid of the air bubbles and orange peel. This paint is not nearly as tough as the interlux perfection. It burned through in many areas with just 320 grit and no real pressue. No big deal I though, I'll keep going cause I figured on needing at least 3 more coats of this paint.

So I'm sanding along the sides and thought I might as well pull the tape since I'll want fresh tape after sanding on it. Freaking disaster! I bought what I thought was the best masking tape I could find. 3M automotive. The green kind for sharp lines that is solvent resistant. I've used it before with good results. Not this time, it bled pretty bad the whole way around the hull. I tried to use some solvent and acetone, but it is eating away the grafite epoxy more then the paint.

Now for the worst issue. The damn paint didn't adhere to itself!!! I was well within the recoat window. I was sanding a few spots and hit it with the airgun to get the dust off. The paint started chipping away. Hoping it was just one spot I tried a few others on the deck and they all were the same. The first 2 coats were intact and hard under the 3rd, it was just floating on top. So now ALL the paint must come off down to the glass pretty much and I'll have to reprime and start over from scratch! Meaning I need to buy new paint and primer again!

I am pretty disapointed with this EMC paint. Another waste of $600! This will be by far the most expensive FS17 ever built.

I really don't know how to move forward, you can only kick a dog so many times. My wife is trying to talk me off the cliff, but even she thinks it's questionable to spent money on a motor for it now.
Built: 15ft Skiff, 16ft Skiff, Modified Cheap Canoe.....FS17 coming soon!
Top

Wow, so sorry to see that. I used EMC on the little SK14 and had such a different experience. Makes me wonder what's goin on with the stuff. I know I'd take a week off at least to re-group. It's cosmetic and fixable for sure, the cost being time and/or money. At my stage in life I'd give thought to dragging it down to my local body shop guy, who I know could make things right in no time. That'd be the "money will fix it" approach. The other approach is of course to get mad, sand it down yourself and do it over. Either way, it'll end up fine and once finished you'll sure have a fine boat. Don't blame you for feeling like poor old testament Job right now though.

I'm trying to laugh about it all, but it's hard. If I take any more time off I'll end up missing my 3rd scallop season. I'm trying to figure out my path forward. Basically it's coming down to my paint choice. Obviously I'm not going with anymore EMC.

I think I have 2 choices. Try the interlux perfection again, or go with another single stage like rustoleum or brightsides. I'm leaning towards single stage to save money and just get on the water, but perfection would be better.

Looking through one of the old threads I see I was going to scrap the project 4/19/2018, but pushed on because of the money spent already. Lol, well that bit me in the butt huh.
Built: 15ft Skiff, 16ft Skiff, Modified Cheap Canoe.....FS17 coming soon!
Top

I've been following your build from the beginning both on this forum and Microskiff. You've done an amazing job so far and it's a real bummer you're having paint problems. It's probably too late for this boat, unless you do sand it all the way down, but why have you not used Awlgrip? It's a bit pricey, but do it one time and never have to paint it again. I know you can't buff out Awlgrip to do touch ups, but it's so damn hard the only think that scratches it is metal or sharp Oysters. No worries dragging or poling through tree branches etc., they just don't phase it at all. 12 years in the Florida sun on my ketch and it still had a shine, and that's just 2 coats rolled and tipped over sanded gel coat, no primer. In 25 years using it I've never had it bubble, chip, peel, or any other negative effects, even painting in the blazing sun on a day over 90. The last boat I built I used the System 3 primer instead of the Awlgrip 545, and I'll never use the 545 again, the System 3 is excellent, especially if sprayed. I hope you don't have to go so far as to sand it all off. Good luck, We all look forward to seeing the splash. Mike
Top

Well it really is all a live and learn situation now. I was talked out of Awlgrip as guys say its a pro paint, and because of the VOC's and not having a supplied air respirator. Knowing what I know now, and having a vapor rated filter mask I may have reconsidered. For the next build I will do a bit of testing on multiple panels before I even start the build. unfortunately it looks like I'll have to sand all the way back down, and do 2 to 3 coats of primer again.
I was not super happy with the system 3 primer, it was listed here as a high build at the time, but it definitely is not. If I were spraying it would be ok. I switched to totalboat, its a high build barrier coat epoxy primer, and seems pretty tough when sanding it. I'll be sticking with it.

After talking more and more with my wife I think I'll end up using brightsides again. Its a step down from perfection, but a step up from the rustoleum marine. I'm familiar with it, and it held up on my skiff without waxing for 9 years ok. Only think is they don't have the exact color i want, so I'll mix it myself to get that ice blue.
Built: 15ft Skiff, 16ft Skiff, Modified Cheap Canoe.....FS17 coming soon!
Top

So..... I hate this boat, lol. The more I sand the worse its looking. Some of the quantum is coming off in big chunks, some seems more soft like house paint, and some of it is hard. So I'm having to sand deeper and more aggressively to get through it all and down to primer or glass in most spots. This is ruining most of the final smoothing I did. So I get to sand and repaint a boat for the third time before it hits the water. It's a bit frustrating.

I took a week or so off already, went and played on the beach. Now I'm back and the new paint, Brightsides, should be here soon.

As far as what went wrong, who knows. I mixed it correctly, this I know. I allowed induction time. I was well within the recoat window and temp range. Even if the thinner all evaporated it should still stick, just not smooth out. Maybe its a humidity issue, but the instructions never stated a range and being solvent heavy you'd think it wouldn't effect adhesion. All I can do is chock it up to live and learn.

I'm so over it that I'm just gonna do what I can as quickly as I can to smooth it out with the orbital, then paint and move on with my life.
Built: 15ft Skiff, 16ft Skiff, Modified Cheap Canoe.....FS17 coming soon!
Top

Seems like this build has fought back from the very beginning