by wadestep
I'd recommend building the boat you want for the long run, not building the easiest boat (unless those 2 things overlap). 10 years from now, you'll be much happier that you took an extra 25% of time/materials and built a boat that fulfills your needs for decades, not a couple years.

by TomTom
Jnb1 - I recently repainted my first boat - Lady Alice, having ripped the sole out as it was letting water in and she needed some TLC.

She is an OD18 and when I built her the plan selection was not as diverse as it is now. However, the toss up was between her and the C19 (which was available then - 14 years ago)...( and I think the GV17 - which I am glad I never went for!)

Well - look what has happened - she now sits next to my most recent boat a C19! Nothing against the OD 18 - I love it to bits, but the truth was that I decided to build her because I thought she would be easier and a cheaper; when really the boat I wanted/needed was the bigger C19.

So now I have two boats, when I would have only one if I had gone for the boat that I really wanted/needed all along.

I have had enormous pleasure from building both boats, but whilst the forum wasn't as big or active as it is now, even when I built the OD 18 there was still all the information and a bunch of goodwill out there and the C19 could easily have been my first boat project.

I guess what I am trying to say is don't read too much into the "ease of build" thing, or making your mistakes on a smaller boat - all these boats are relatively easy to build if you just put one foot in front of the next and do a bit of "next step" research. Sanding, fairing, glue wastage, thinking time etc are all a huge part of every boat and I think you are better off stretching for a boat you grow into than one you grow out of.

Anyways - as a comparison of the differences between an OD18 and C19 see these pics...

Glad I never had to decide between the FS19 and the C19! 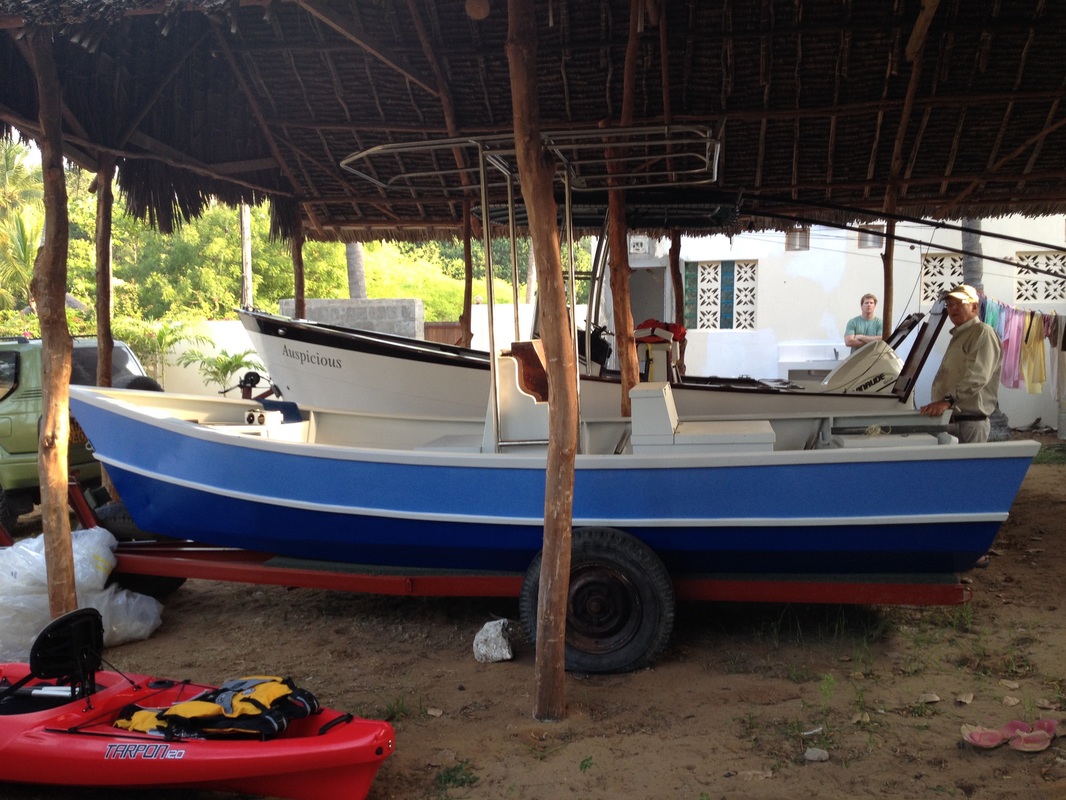 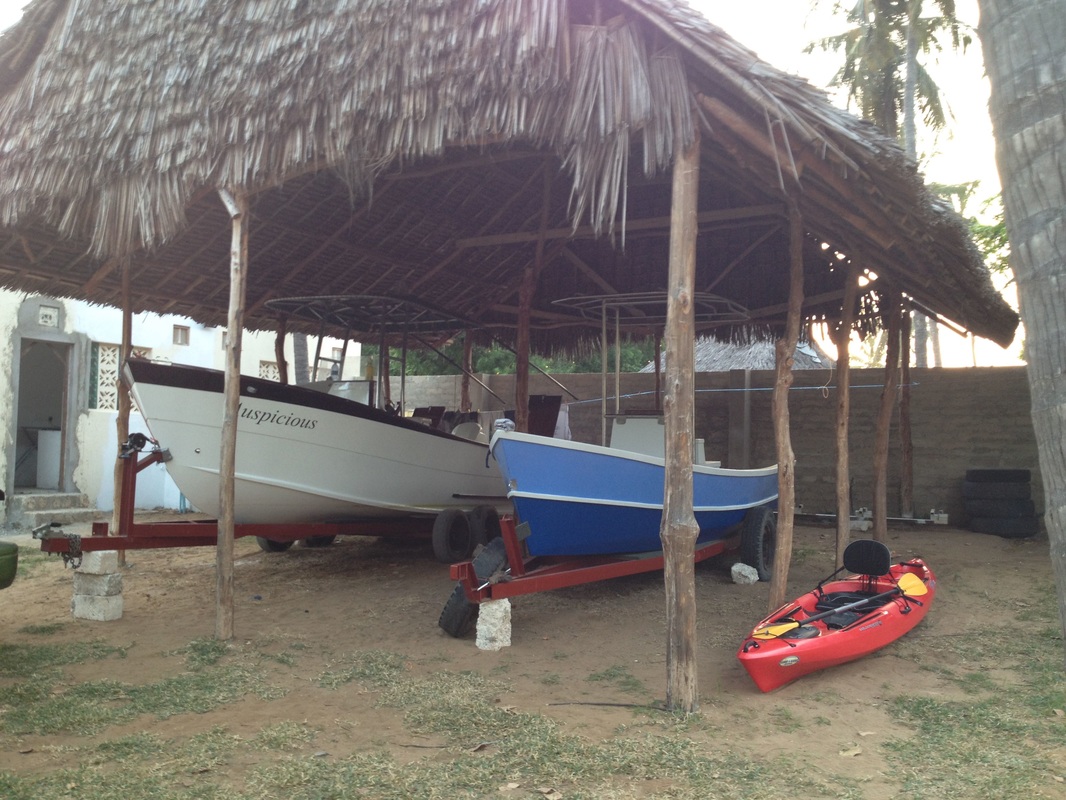 by jnb
Thank you all for the help! I am amazed by the all of the advice that people are willing to provide here and I really appreciate it.

I have officially narrowed it down to the FS19 and the OD18. Both of those seem just about perfect. FS 19 is slightly in the lead because of how it looks to be capable in chop, but I can't get over the slow speed planing and low horsepower capabilities of the OD18. Having a fully loaded package that could tip the scales under comfortably under 2,000 pounds and have some open water capability is not really something I thought remotely possible before looking into building my own.

I was originally planning on starting the build immediately and trying to get on the water by this fall, but have since decided that just is not a realistic itinerary and would be very unpleasant. I was also persuaded by the suggestions to build the right boat the first time. Doesn't make sense to put a ton of effort into a boat that I'll grow out of--would much rather build the perfect boat that I will be able to use indefinitely even if there are some new additions to the family. Fishing is important enough to me that I want the perfect boat. Picked up an old, leaky, beater of a boat to keep me on the water while I build, and I am going to save some money to do the build right this winter (and however long after it will take). Going to think about the FS19 v. OD18 for the time being and would love to see some pics of a FS19 build whenever those start coming around.

by TomTom
I know many will disagree with me, and although I have never ever felt unsafe in my OD 18 in terms of seaworthiness, I just really am not a big fan of the flat bottom. Every now and then you will hit a wave that bounces the lockers open, makes the boat shudder and makes you curse like a trooper; thats even when you are being careful. Unless you really don't care about having to slow down to less than 4-5 knots in a chop, I would strongly suggest the new FS 19. My OD 18 is re-designated for inshore fishing because of this; for off-shore trolling where I live we need at least 6 knots and sometimes this is just plain impossible; plus I think the fish feel the pounding. For me it wouldn't even be a decision if I were to do it again.

by remedy32
Adding to TomTom's comments.......the FS19 plan seems to be more clearly kdocumented than what I've seen before; namely better notes on how things go together, the way the boat will be configured and powered etc etc. I would not wait to see others build the boat as the build is virtually identical to the FS17 with many documented, like my own. The pieces are bigger and a bit heavier. Little things count like dealing with the fact that many will overpower the design with 150 hp or more. In this plan JM has made allowances for that in the lamination scantling and the fact that the majority of builds will be center console with a built up gunwale.

Was out yesterday zipping around in a bit of chop in my FS17; probably a foot or so. Speed of about 18-20 knots was pretty dry and not too bumpy. The 19 will be even better and will allow for a T top etc.

Barring the unexpected I'll start one in the fall with the hope of a summer 2016 launch....we'll see.

by Cracker Larry
Listen to these guys. Don't pick a build because it's easy or cheap, pick the boat you need and want. You will learn how to build it and we will help.

If primary use is inshore in fairly protected and shallow water, I'd pick the OD18. If for offshore use and regular rough water areas, I'd pick the FS19.

I don't know Puget Sound, but we've got some rough sounds in GA and SC. The OD18 can handle about anything from a seaworthy perspective, but you do have to slow down to less than planing speed when running into a chop. Running down sea you barely have to back off at all. This boat loves a following sea and tracks like it's on rails.

Remember too that seaworthy has more to do with the captain than the boat. A good captain can take almost any boat through almost anything, a bad one can kill himself crossing a pond.

by mindunderwater
I've been in that water - it's cold. I'd have my eye on more freeboard and a V bottom. Trolling for salmon's a lot more comfortable when you're dry. Jacques boats, almost universally here are reported as being dry or very much dry for what they are. However, you still pick up slap from waves on the hull (and other waves) and take the occasional rollers from bigger vessels going by. I've trolled in an 18' river skiff and a 16' Lund deep-V that was almost two feet narrower. I preferred the Lund. The OD18 is neither of these, of course...

by terrulian
I am very impressed by the "mindunderwater" moniker, btw.

I don't know anything about building boats as this is my first build. But I have owned and worked on boats for decades and they tend to absorb your attention, money, and hours. So once you invest those things in a build, you'll have a lot of yourself in the result. You don't want to put yourself in a position where you don't have it in you to build another one, yet the first one isn't exactly what you wanted. So I'm with the "build the boat you want" crowd. I doubt if there's any of Jacques' designs you can't build, especially with the help of the generous and talented guys on the forum; it's a matter of what level of finish and outfitting you want. And that's up to you and doable with a little research. On the top end you have CL's latest, but there are many humbler versions of all of the designs that are, with very little doubt, perfectly seaworthy fun machines.

by Noles309
Of course, if you want two boats like say......me.....build the smaller easier one first, then you can knock the second one out of the park and will be way ahead of the game in terms of the learning curve.

by mindunderwater
I'd suggest building one of the smaller projects first. I mean really small like the cheap canoe. This is no reflection on your ability or potential ability (or anyone else's).

Perhaps you 100% don't want a canoe - if so there are 12' skiffs available. With the canoe especially the investment is very small. I wouldn't be surprised if completing the project gave you the experience and confidence to move to a larger project with a higher degree of comfort. Worst case you have a canoe you can use camping that with care will probably outlast us all.

I'd also wager that the epoxy and paint savings alone (*edit -technique is a huge factor in epoxy and paint use) would be worth the initial investment. Your pride and joy will be that much better.
All times are UTC-05:00
Page 3 of 4